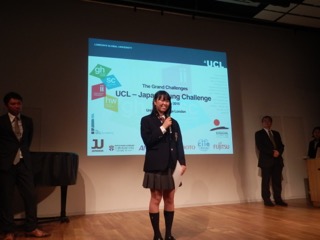 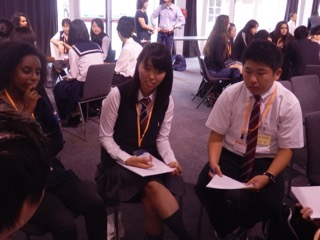 This summer I had the great honour to participate in the UCL Grand Challenge Japan Project. It was organized by UCL in order to celebrate the arrival of the Choshu 5 and Satsuma students at UCL which symbolises the beginning of the friendship of England and Japan around 150 years ago. Many people in Japan would have probably glanced at me wondering why I participated in this project since it is my last summer before my university exam and I should better concentrate on my studies but I do not think that way. This is because this project was exactly what I have longed for. An opportunity to think and discuss about culture, the world and its future with its issues it is facing.
The greatest memory I have from this project is the day where UCL has prepared two discussions for the English and Japanese students.
One was all about comparing English and Japanese culture from many aspects. I was part of the group which discussed about stereotypes and I personally enjoyed this the most because the group was small and everyone was nice and open for jokes. It was not only the fact that I could make myself understood in English that made me happy but also the fact that I could enjoy my conversation which I held with the English students having a lot to laugh about. In my humble opinion this is something which is not easily be done as normally talking a non-native language is quite challenging and you do not have enough power to think about enjoying it. But this time it was different. Everyone was understanding about the difficulty of speaking another language and helped each other sharing jokes about stereotypes and ideas. The most satisfying point for me personally was that all of the members of my group agreed on adopting my idea of how to present the results of our discussion which made our presentation look like a little debate involving the audience.
The other one was called “future pioneers” and was all about the world and its future in relation with what we students think about it, how we are going to approach issues which exist in the society. I liked this discussion as its topic was kind of related to my dream profession. My dream is to do humanitarian work helping developing countries and I was able to express my opinion to other people and see their reaction as well as hear their opinions. As we were discussing topics like agriculture, discrimination, trade it made me think of developing countries and I feel like I have learned some new facts.
Through this project I felt like getting closer to my dream and it made me keener on fulfilling it. Therefore I am very grateful to have been able to attend it and I am glad to have met such nice people and I hope that I can form with them a new world.
（高等部３年生女子）